HM Revenue and Customs are on the whole no more looking for trouble than you or I.

However, it is bound to happen from time to time that you fall foul of the system. It may be that you do something stupid, either deliberately – perhaps because a friend of yours tells you about a sure-fire tax-saving wheeze, and you believe them – or by mistake: it can also happen that HM Revenue and Customs gets the wrong end of a stick and launches an enquiry into your affairs that is entirely unmerited. This last example is perhaps more commonplace than it should be.

What do you do in such a case, where the tax man launches an in-depth enquiry into your tax affairs, whether or not you have something to hide?

There is no disguising the fact that an enquiry is an ordeal. The impression given by HM Revenue and Customs is that it has no idea how much anxiety is caused, how unsettling and drawn-out an enquiry will feel to the taxpayer. The process has got to be worked through. There are generally no short cuts, and perversely enough that applies especially where there are no real issues with the taxpayer’s affairs. HM Revenue and Customs gives the impression that, once an enquiry is launched, it has to be sustained until something, however trivial, is found.

The role of Nicholas Ridge CTA is to act as a filter. What is it that HM Revenue and Customs are really after? What is bothering them? How can the issue be dealt with most directly, and with as little pain as possible to the taxpayer? Where the taxpayer is at fault, Nicholas Ridge CTA will advise how to go about rectifying matters elegantly, bringing closure to the affair and allowing the taxpayer to move on, perhaps a little wiser than before.

Management of the case will require knowledge and skill and will generally involve a negotiation of some sort at the end. You cannot assume that HM Revenue and Customs are there to see fair play: all too often, they appear to believe that taxpayers are on the fiddle in some way or other, and make that their starting point. This is at odds with their public policy. See HMRC Tax Charter.

The costs associated with representing a taxpayer in an in-depth enquiry escalate quickly, because the stakes are high, irrespective of whether or not there has been wrong-doing on the part of the taxpayer. That is why Nicholas Ridge CTA recommends all its clients to consider taking out Professional Fee protection insurance, which provides cover for professional fees in the event of an HM Revenue & Customs enquiry.

Please ask if you would like further details or information. 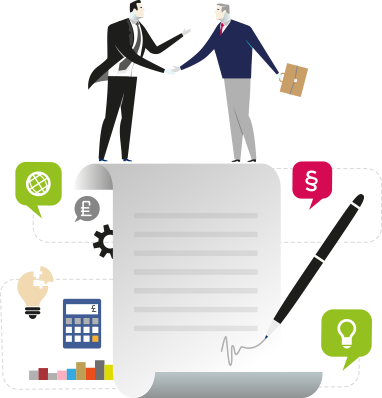 Their partnership merged with PK Group in 2013, at which point they moved to Hampshire