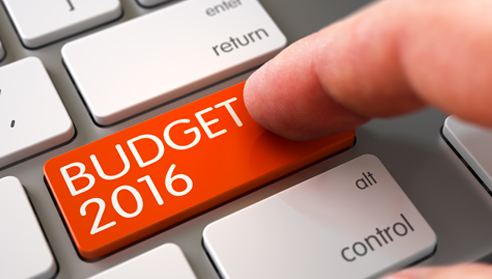 Three separate events: last year’s Summer Budget on 8 July 2015; the Autumn Statement on 25 November 2015; and last month’s Budget, together amount to a full-scale package of reforms for a range of businesses and individuals.

Small businesses; limited companies; and dividends
There are four measures to address:

1. Dividends.
Following reforms to limited company taxation by Gordon Brown, it had been hard to resist the tax planning benefits of operating through a limited company, including cases where a company is a less natural vehicle than say a sole-trader. Whilst saving tax, many a life of a modestly self-employed individual has been complicated by needing to run a payroll; accounting for benefits-in-kind; having multiple tax references, etc

Attempts to change behaviours, eg IR35, and applying the rules for trusts, have not succeeded and the scene has been set for some time for draconian action on the part of HM Treasury and HMRC with the inevitable concomitant collateral damage to perfectly innocent third-parties and by-standers.

The proposals actually adopted, therefore, from 6 April 2016 of taxing dividends at 7 1/2%, with a tax-free allowance of £5,000 are relatively mild: nevertheless, the message is clear and those coming newly to setting up a business may find the default route of forming a company constitutes an out-moded and increasingly short-lived tax strategy.

2. Business rate relief.
Although not starting until 1 April 2017, business properties with a rateable value of £12000 or less, will have their Business Rates relieved in full. The current limit for 100% relief is £6000.

3. Overdrawn directors’ loan accounts.
Almost unbelievably, it is possible under UK tax law for a director to borrow money from their company, subject to a tax charge of 25%, repayable when the loan is repaid. From 6 April 2016, the charge will increase to 32 1/2%. The practice is a generally undesirable one, to be avoided where possible, and one which leads to ghastly accounting.

4. Tax treatment of goodwill.
Under Gordon Brown – again, companies were able to claim tax relief for goodwill acquired, including goodwill acquired from a related party, eg a former sole trader, from 1 April 2002.

This liberal treatment was exploited by many, especially as the disposal of the goodwill by the party concerned was itself often subject to favourable Entrepreneur’s Relief, producing an overall putative tax saving.

The 2014 Autumn Statement saw the relief abolished for acquisitions from related parties on or after 3 December 2014. However, the situation clearly continued to be regarded as unnecessarily generous, and the tax relief has been withdrawn altogether for acquisitions on or after 8 July 2015.

IR35 measures
A significant amount of the IR35 abuse has been perpetrated by public sector bodies, such as BBC. New HMRC guidance from April 2017 will make it harder for them to avoid applying tax and National Insurance directly in such cases: details and examples are available:
To download document please click here

Whilst the law is not changing, and some may be surprised at the examples given, HMRC clearly intends the wider public sector to put its own house in order and set an example to the remainder of industry and commerce.

Buy-to-let landlords
HM Government believes that the balance is unfairly tipped in favour of the buy-to-let market, at the expense of first-time buyers.

3) Denial of lower, 20% rate of Capital Gains Tax for gains by individuals on residential property from 5 April 2016.

George Osborne then seems to have set about re-inventing it.

Leaving aside the new options for draw-down pensions, and the Auto-enrolment scheme, an array of incentives now faces would-be savers:
For all
• Pension contributions, subject to restrictions;
• Cash ISA’s and Stocks and Shares ISA’s – limits for 2016/17 – £15,240 increased to £20,000 for 2017/18;
• Junior ISA’s, if a parent or guardian.

Capital gains tax
The reduction in Capital Gains tax rates, to 10% and 20% from 5 April 2016, should not be underrated, representing as it does the jettison of the Liberal Democrats egalitarian principle in favour of a reversion to the long-run norm for rates of capital gains tax.
Note that new low rates of Capital Gains Tax from 5 April 2016 are denied for gains by individuals on residential property.

Multinationals taxation
Despite adverse criticism, there are signs that George Osborne’s measures for multinationals to bring their profits on-shore for UK tax purposes – eg, Diverted Profits tax; extending withholding tax – are having an impact. Combined with low competitive corporation tax rates – falling from 20% in 2016, to 19% in 2017 and 17% for 2020 – he is presenting them with a strong case for bringing their profits onshore here, as the options for sheltering them from tax altogether face increasing international opposition.

Measurement of productivity
Measuring productivity accurately is crucial to George Osborne’s projections of national wealth and taxes, and much dismay has been expressed at its apparently persistent low level.

Imagine though if it was not so much the level of productivity that was the problem, as the means of measuring the services sector which forms so large a part of it. Imagine if, for example, national statistics did not take account properly of the impact of relatively well-paid jobs in the public sector say being shed, and the persons affected being redeployed in equally or more productive work within the private sector, however at lower pay rates.

Let us see then what is the effect of the National Living Wage, from 1 April 2016, on the measurement of productivity in the UK-service sector.

Please contact Nicholas Ridge CTA, for further information on any of the points set out in this Bulletin.